Unfortunately, the Vibes & Scribes Lee Swim 2020 has had to be CANCELLED because of the Coronavirus/COVID 19 pandemic.

Initially, when the Lee Swim started in 1914, it was part of the annual Cork Regatta and was held over a course along the Marina near Blackrock. Entries were confined to men only and, usually, were few in number. Prominent among the participants then were J.P Weldon, Jack Mahony, Johnny Mitchel and James Lannin, Snr. Because of the need to withstand the cold waters, the participants were generally of stocky build and were referred to as “the last of the barrel chested swimmers”.

It was not long before events in Ireland began to impact on the Lee Swim. As both the Republican and the Free State troops used the Lee as both an obstacles and a means of transport, the river became a “No go” area for swimmers and the Lee Swim was postponed for a number of years. Other events would impact on the Swim in later years.

When the ‘Swim resumed in the early Thirties, it proved yet again to be a popular event. In those years, the ‘Swim course was similar to the present except that it finished at Brian Boru Bridge. Each year the quay walls would be lined with hundreds of spectators viewing the “heroic” swimmers. Prominent among the swimmers of that era were Plunkett Walshe, Bill Dennehy, R.C. Bogan, D.H. O’Brien and the late Bill Twomey.

In the Forties, swimmers such as Billy O’Brien, Frank O’Donovan, M.J. Philpott, Joe Donnelly, Mick Heas and Joe Higgins came to prominence and made for a very competitive race with much comment in the newspapers of the time.

The ‘Swim continued to be a significant swimming event into the “Fifties” with new faces appearing on the rostrum such as: – John Long, Palmer Lyons, Declan Desmond, Pat Bradley, Dom Kelly and Junior O’Brien. However, following an outbreak of polio in Cork in 1956, swimming in the Lee was prohibited because it was considered to be a health hazard. Anxious to maintain the tradition of the Lee Swim, the event was moved in 1958 to the now defunct Lee Baths at Victoria Cross. As this venue was not in the tradition of the ‘Swim, the event was moved to the outer part of Cork Harbour at Crosshaven for a number of years where the ‘Swim started at Drake’s Pool, finishing at the Royal Cork Yacht Club.

The ‘Swim then moved back to the inner harbour to a course from Glenbrook to Monkstown. By this time, the ‘Swim had progressed into the “Sixties”, bring a host of new faces to the event and the rostrum. Prominent among them were: – Tadhg Philpott, Tom Browne, Brian Clifford, Declan Bowles, Dick Barry, Gerry Murphy and Greg Delanty.

In the ‘Seventies, a Ladies Race was included in the Lee Swim which greatly enhanced the popularity of the ‘Swim. Prominent among the female swimmers were Stella Bowles, Katherine Galvin, Helena O’Driscoll, Miriam Campion, Deirdre Sheehan and Deirdre Mealy. Once again, peripheral events were to impact on the ‘Swim in that the Lee was becoming heavily polluted and was declared an unhealthy environment for swimming. Thus bringing, what was then though to be, the end of the Lee Swim. Once again, the trophy was put into cold storage.

The onset of the Celtic Tiger was to benefit the Lee Swim in that funds became available to put in place significant drainage schemes in Cork City and its environs. Consequently, from 2003, the pollution levels in the Lee were dramatically reduced and restricted swimming in the river was no longer a health hazard. Thus following submissions by Joe Donnelly and Cork Masters Swimming Club to Cork City Council via the 2005 City of Culture Committee, the Lee Swim was relaunched as the Vibes & Scribes Lee Swim in 2005. Resumption of the Swim was not without its difficulties. However, Joe Donnelly supported by Terence Fleming overcame these difficulties, thanks to the generous support of the ‘Swim’s new title sponsor, Vibes & Scribes, the then Lord Mayor, Alderman Sean Martin, Cork Lions Club, Port of Cork, UCC, The Mercy University Hospital, and the ESB. The Swim resumed over a unique 2,000m course, comprising a 1,700m downstream leg in the North Channel of the Lee from St Vincent’s Bridge to Customs House Point and an upstream leg of 300m in the South Channel to the finish at Clontarf Bridge. Additionally, the ‘Swim has been particularly fortunate to be supported by its main sponsor “Vibes and Scribes” and other generous sponsors such as Cork City Council, Port of Cork and Red FM. The operation of the ‘Swim was/is only possible because of the assistance and support received from Cork City Council, Civil Defence, Fire Brigade, An Garda Siochana, Defence Forces, St John’s Ambulance, Sovereign Dive Club, Phoenix Kayak Club plus the many voluntary helpers who make themselves available to the Lee Swim Organizing Committee.

The format of the “new” Swim was changed from a handicap format to a ‘first past the post’ format, both male and female with master swimmers competing with swimmers in their age group. Additionally, new trophies were presented to the Swim such as the Denis Ollivere Trophy for Masters Swimmers and the Denis O’Brien Trophy for the swimmer achieving a time nearest the World Record time for his/her age group. Swimmers wearing wetsuits have been welcome to take part since 2005. In 2015, the majority of swimmers wore wetsuits. In 2016 two new perpetual trophies for fastest male and female wetsuited swimmers will be presented.

The new faces on the rostrum are now mostly teenagers such as Gerald Mangan, Shane Drumm, Kevin Stacy, Ciara Kelleher, René Kral and Fiona Murphy. Not a barrel chested swimmer in sight!!

A significant aspect of the Lee Swim over its history is that it is associated to a large degree with just two people – Eddie Campion and Joe Donnelly. Eddie Campion who started the Swim on at least forty occasion over the past decades (which must be or near a world record) and who kept the Swim going from the Fifties. Joe Donnelly, who suggested the resumption of the Swim in 2005, brought it into the computer age and got the Swim off the blocks in 2005 plus has been the key figure in organizing the Swim since then.

The support and assistance of Eddie Campion in the compilation of this brief history of the Lee Swim is gratefully acknowledged. 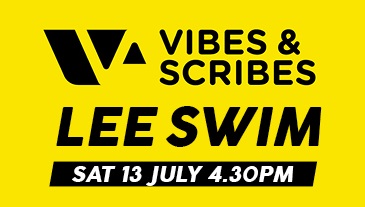 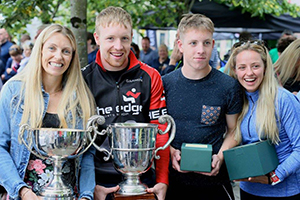 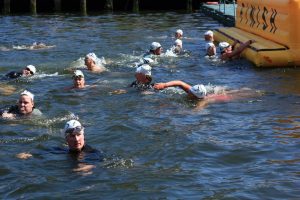